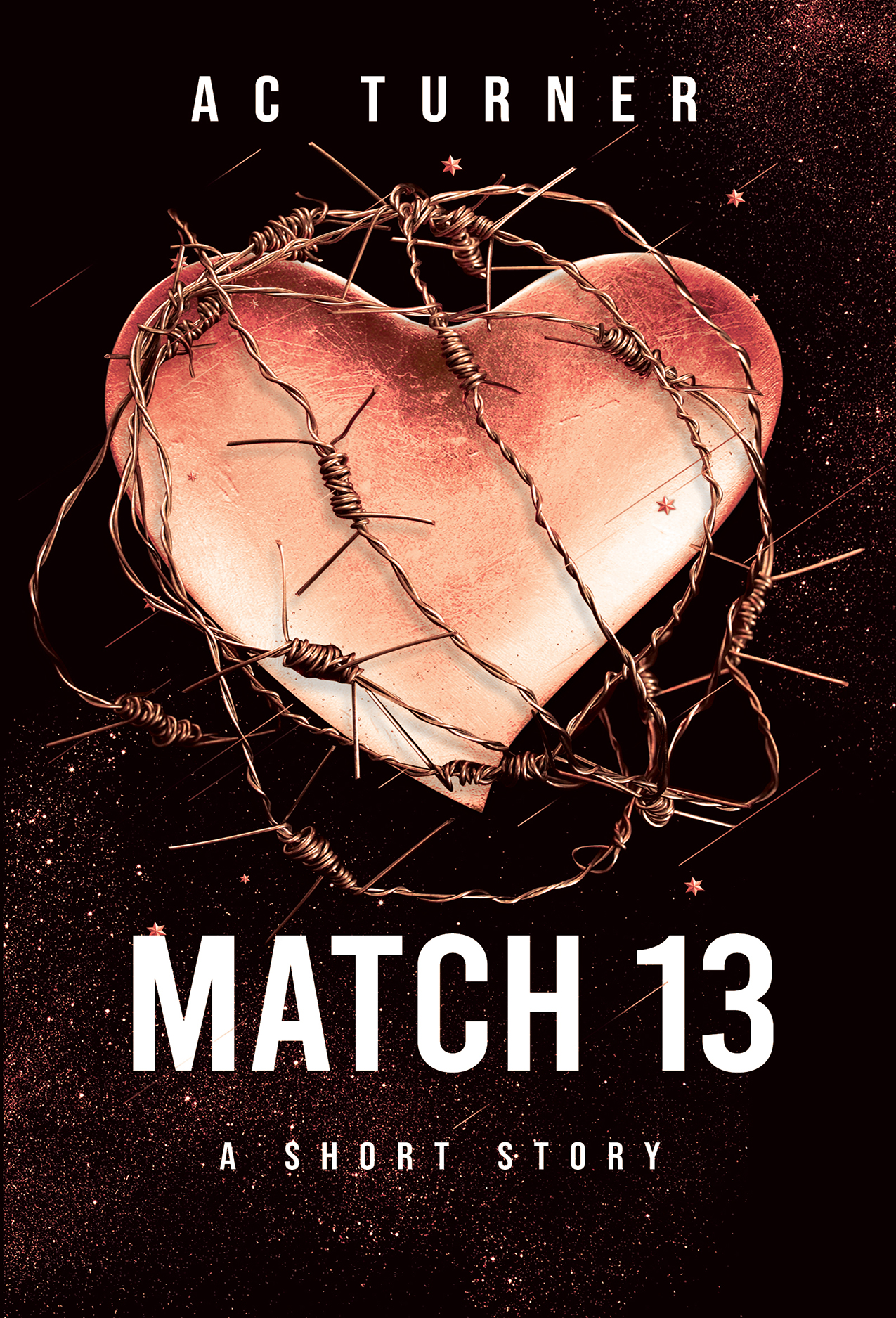 In Match 13, a thrilling new horror story from AC Turner, two lovers - each with a deadly secret - have their own ideas on what makes for an unforgettable first date.
Download AC's latest short story. 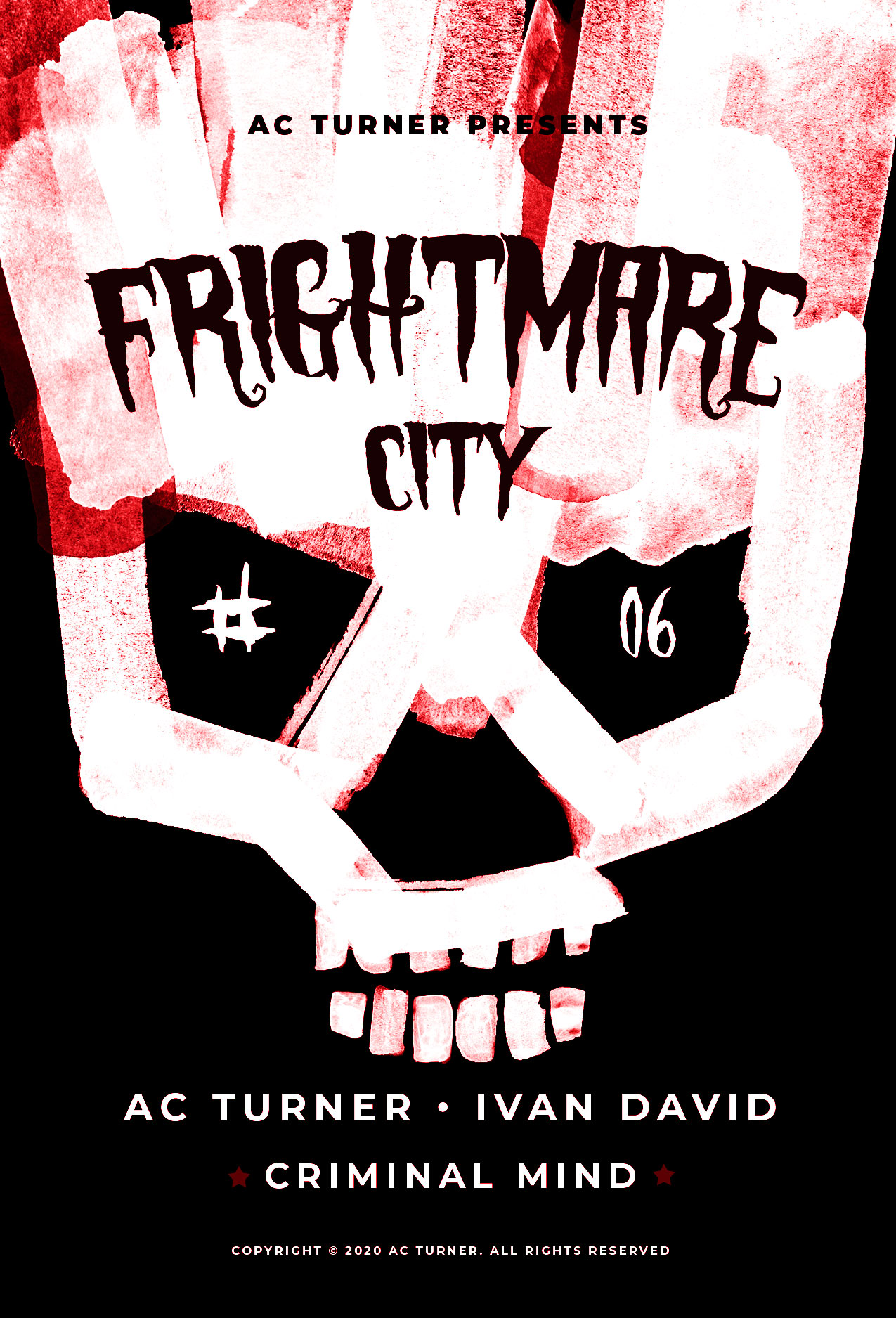 Frightmare City is a bone-chilling, monthly crime/horror comic book series.
In Criminal Mind - a disgraced surgeon finds himself on the wrong side of the scalpel when his side hustle takes a turn for the worse. 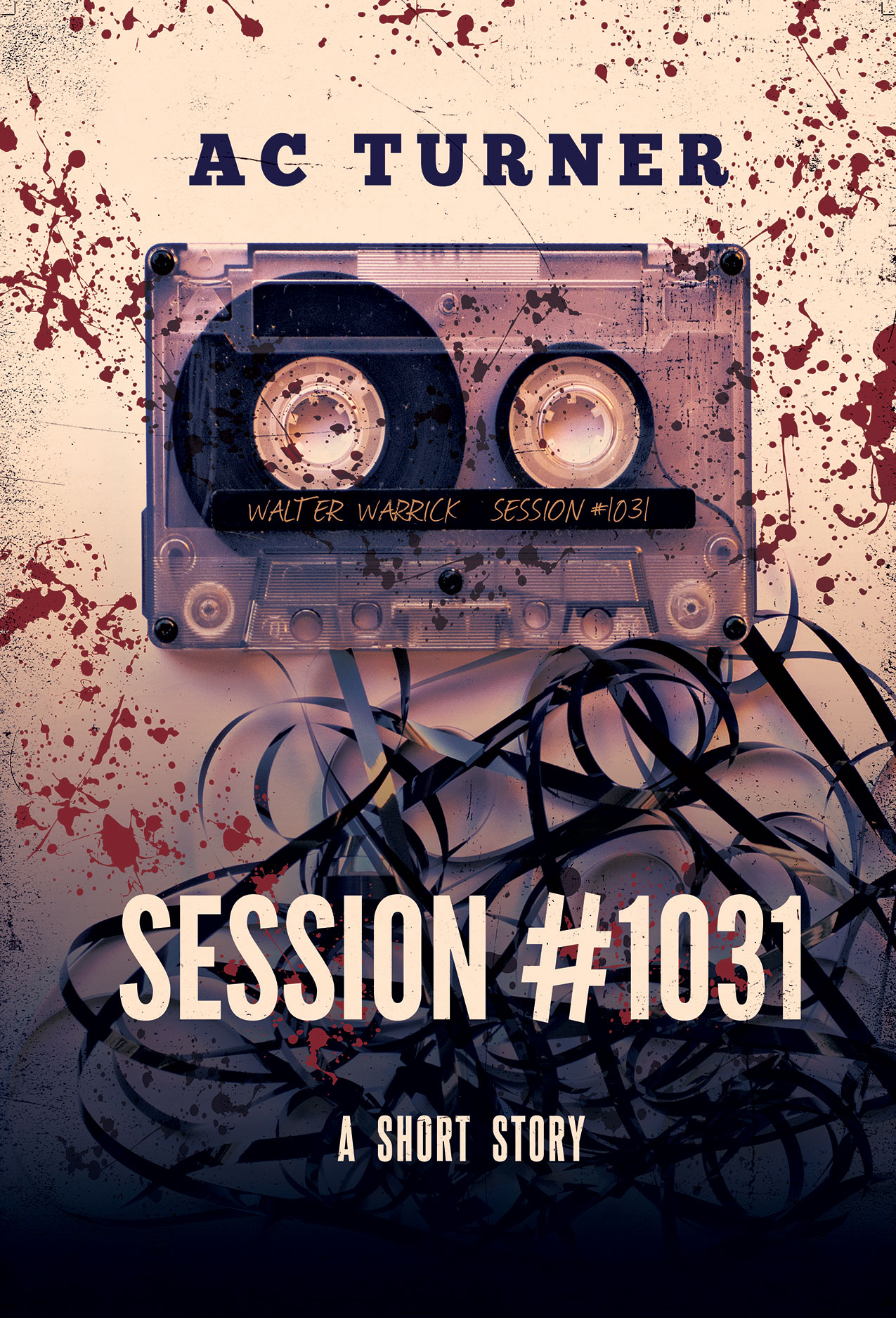 In Session #1031, a terrifying new horror story from AC Turner, an injured deaf man receives radical experimental surgery that will change his life forever - but not in the way that he expects.
Download AC's short story. 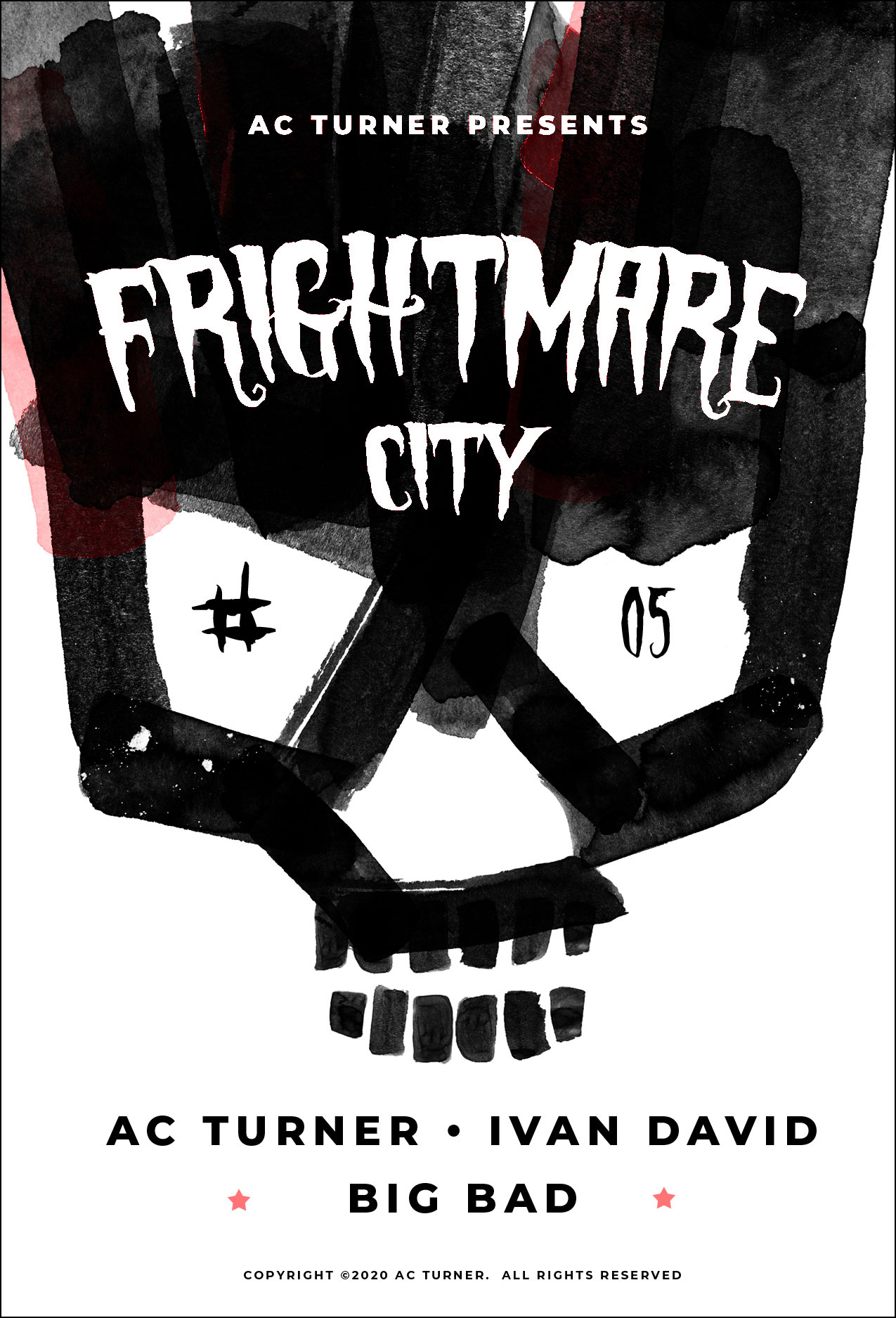 Frightmare City is a bone-chilling, monthly crime/horror comic book series.
In Big Bad - a group of crooked contractors bark up the wrong tree when they try and take advantage of their latest client. 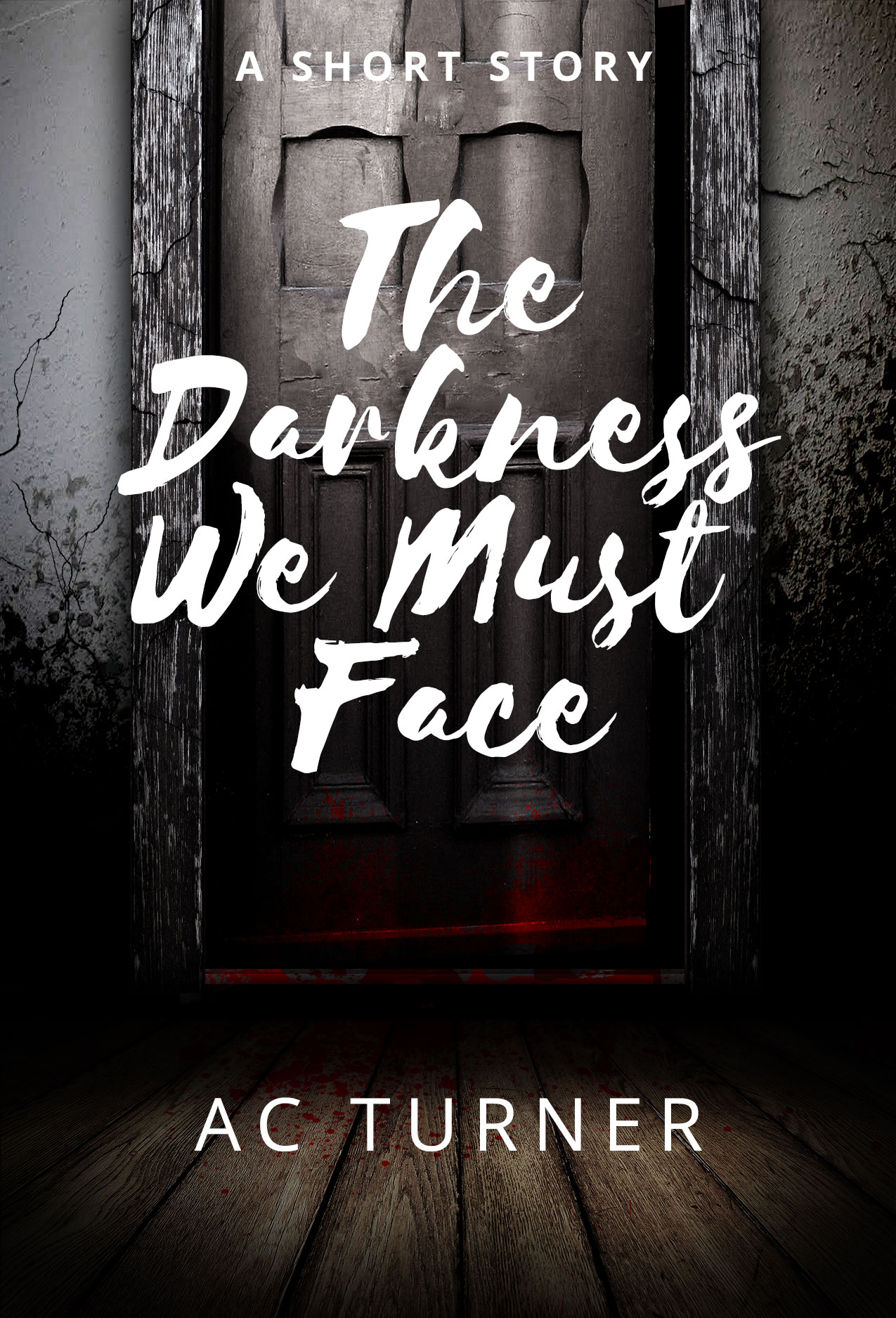 The Darkness We Must Face

In The Darkness We Must Face, an unsettling new horror story from AC Turner, a determined old man armed with a 12 gauge shotgun and a love that will never die, must battle his past demons and a new horror while searching for his missing wife. Download AC's short story. 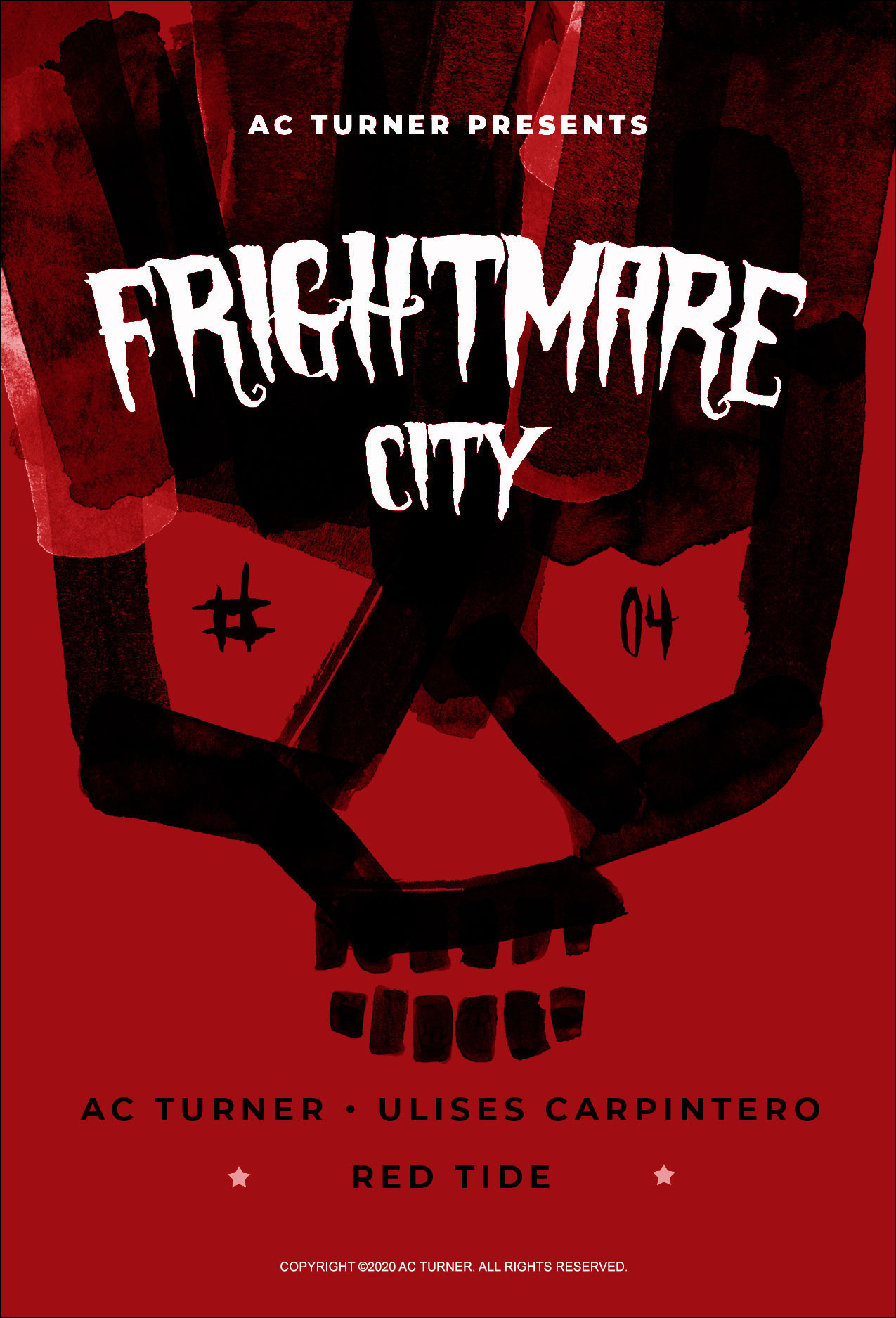 Frightmare City is a bone-chilling, monthly crime/horror comic book series.
In The Red Tide - two inept kidnappers get their wires crossed while tangling with the newest cult on the block. 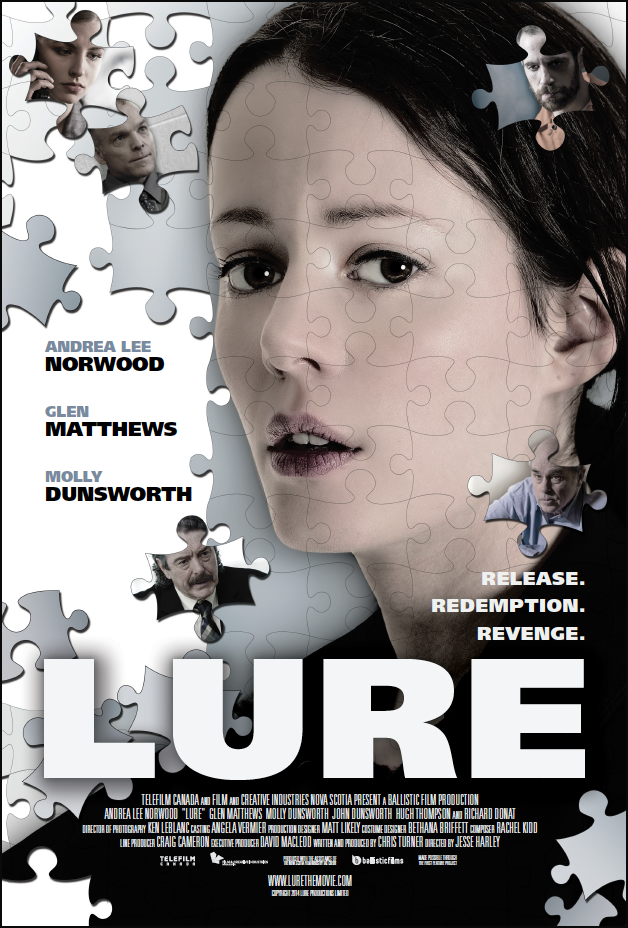 While writing her thesis, an unstable grad student gets drawn into a dangerous game of cat-and-mouse with a convicted killer. Download the screenplay for Lure, AC Turner's award-winning feature length psychological thriller. 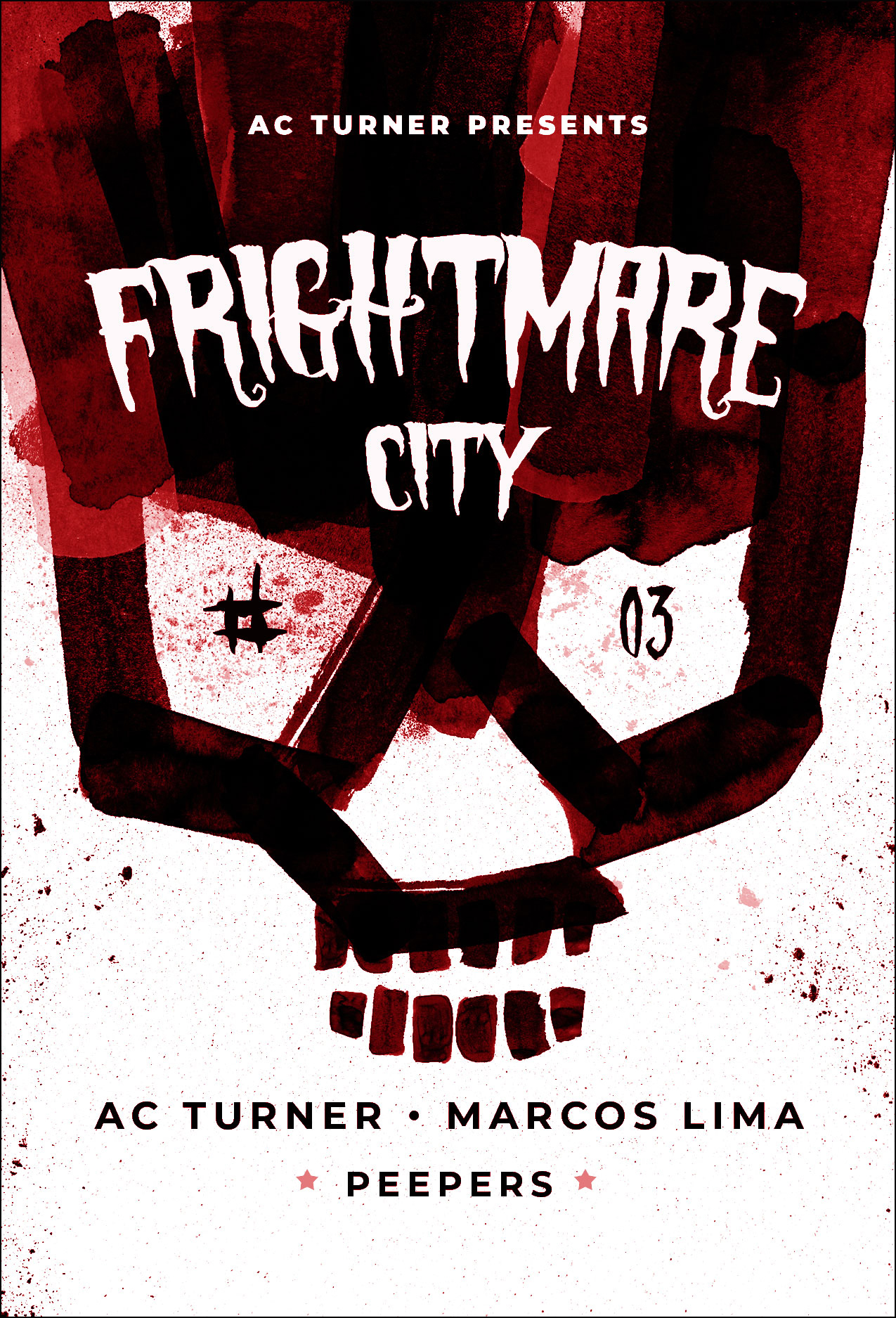 Frightmare City is a bone-chilling, monthly crime/horror comic book series.
In Peepers - a Peeping Tom and his pal are in for a big surprise when they try to get lucky with the gorgeous ghoul next door. 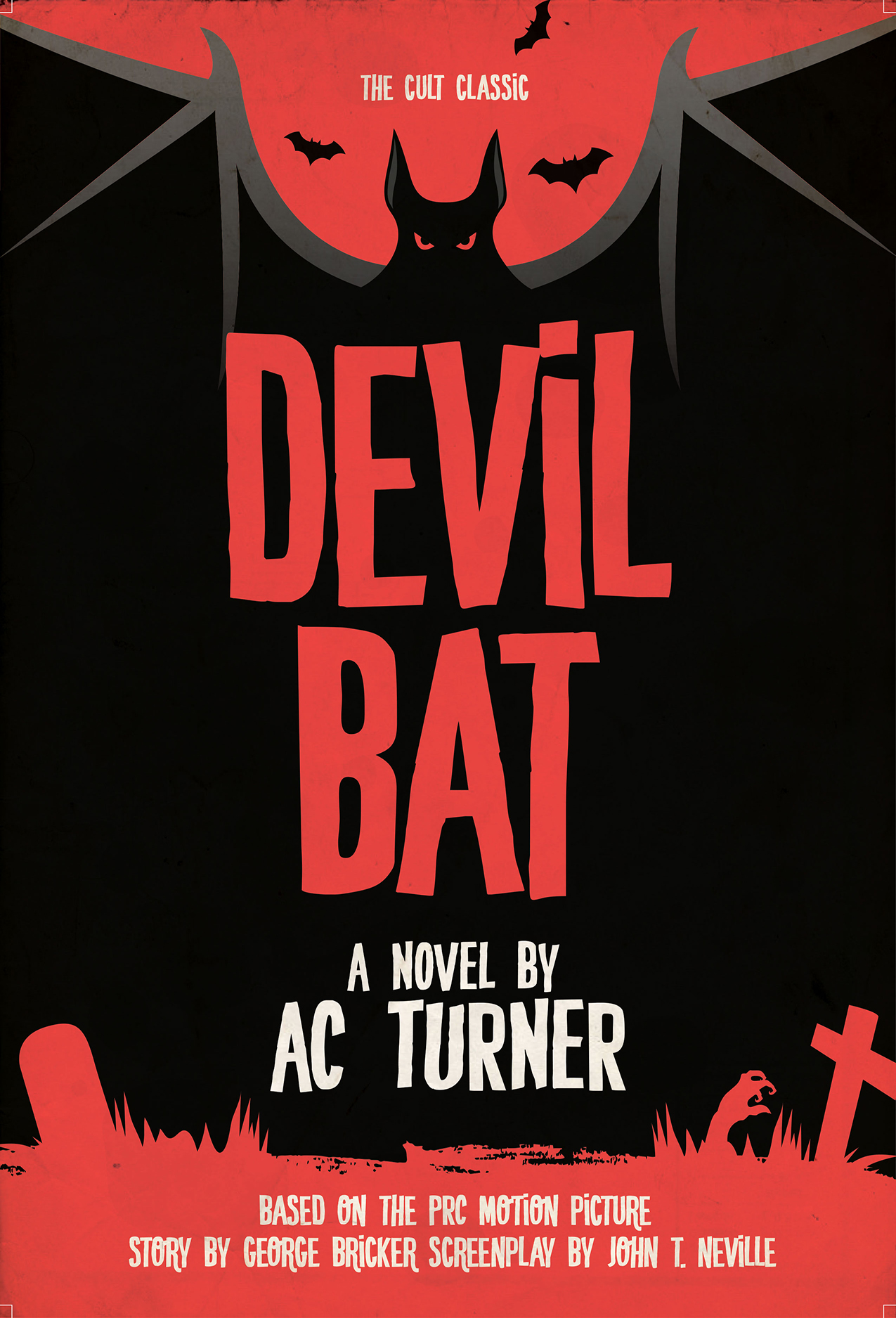 Coming soon: AC Turner's novelization of the Bela Lugosi 1940s cult classic. A mad scientist hell-bent on revenge, develops an aftershave lotion that causes his gigantic bats to kill anyone who dares wear it. 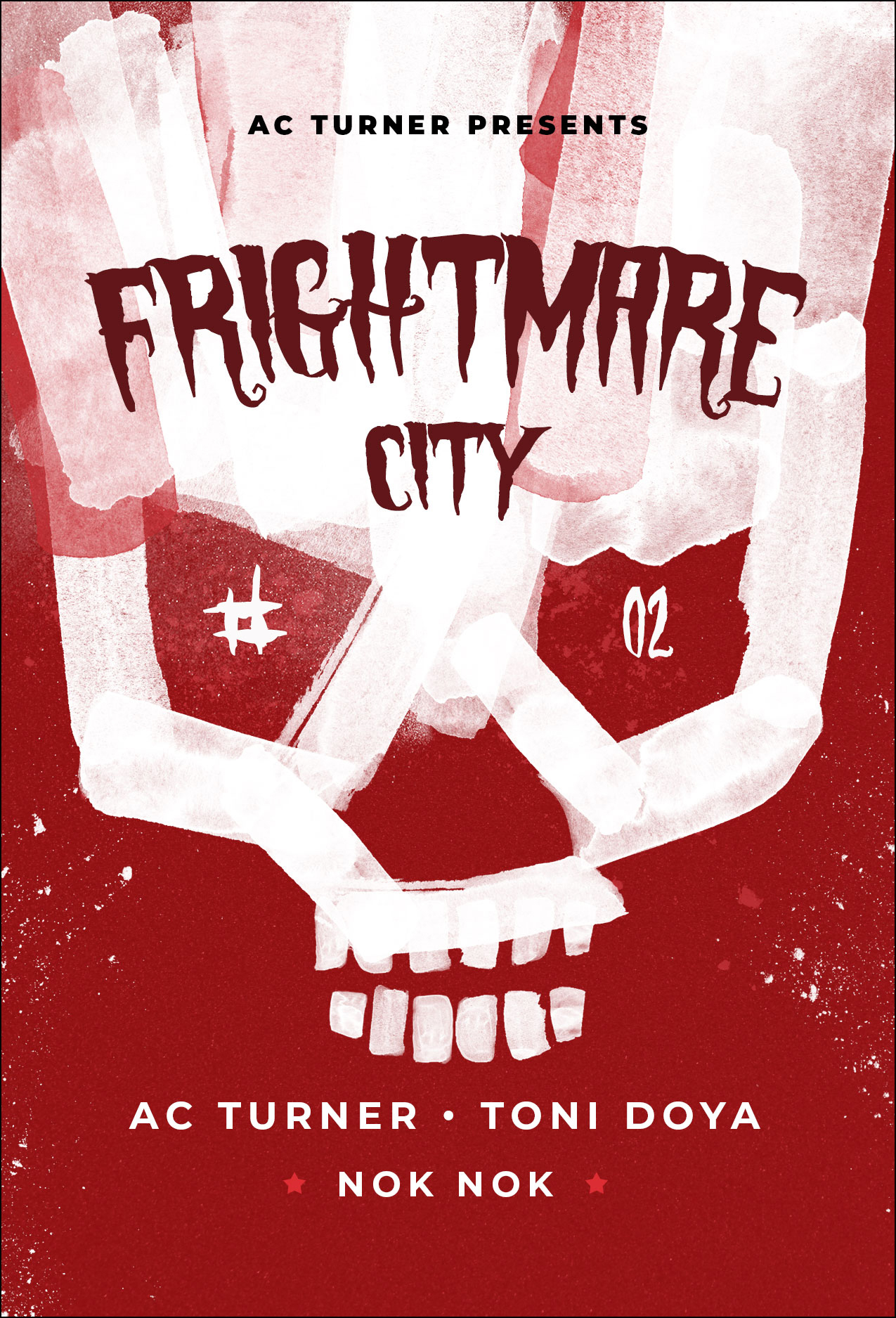 Frightmare City is a bone-chilling, monthly crime/horror comic book series.
In Nok Nok - two home-invaders ready for a quick score are forced to work harder than expected for their ill-gotten gains. 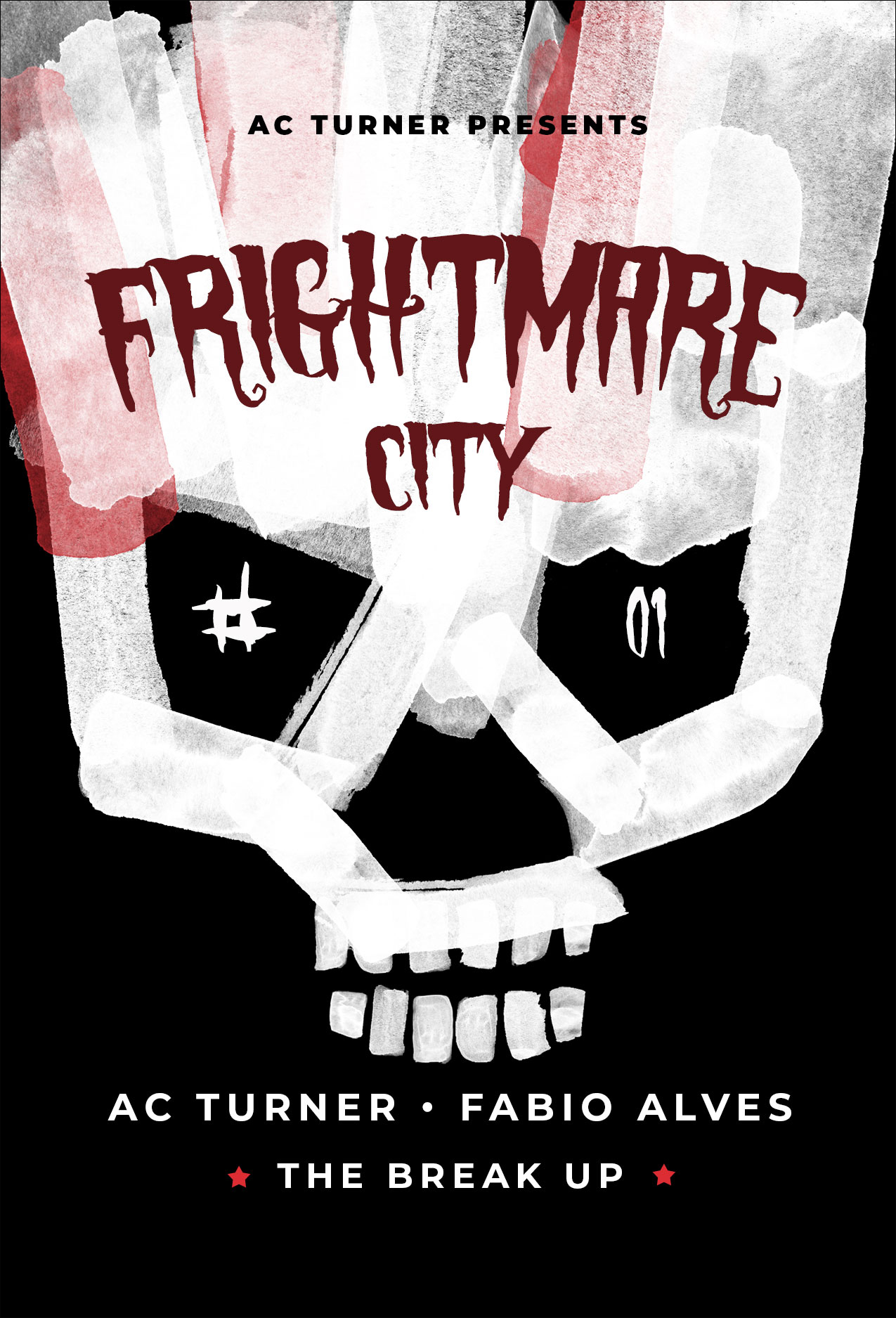 Frightmare City is a bone-chilling, monthly crime/horror comic book series.
In The Break Up - a bickering couple call it quits after an explosive night to dis-member.

What people are saying..

Satisfying and gruesome, Frightmare City does not go light on the scares. In the same vein as Creepshow and Tales from the Crypt, AC Turner brings us well-written, bone chilling tales of terror that flow from one to the next with a clear cohesiveness.
Frightmare City is an impressively polished indie comic series worth binging.
Five stars for Frightmare City!

Great, well paced stories - there's relationship drama, criminal misdeeds, and teenage hijinks, all with a sinister spin. Frightmare City has serious potential and I can't wait to see more. And trust me when I say January's issue is going to blow you away!
9 out of 10 for Frightmare city!

Unique stories, twists and turns, and downright creepy art, which I absolutely adore. Frightmare City is awesome - definitely check it out!

AC Turner has written a taut contemporary thriller with enough twists and turns to keep any audience on the edge of their seats.

I just binge read Frightmare City and wish there was more! AC Turner's vision of New York City riddled with sex, violence, and crime is so up my alley it HURTS! Each story ends with a burst of spooky violence that I definitely recommend for some fast and fun horror!

Awesome stuff - I'm really digging it! The writing and illustrations are amazing. I'm a big fan! Go check out Frightmare City everyone - they've got my seal of approval.

These comics are great little jolts of horror and I'm hooked! If you're in need of a getaway - take a trip to Frightmare City!

Great writing! AC Turner superbly uses interconnected themes to tell a story that will resonate with its audience long after the credits have rolled. 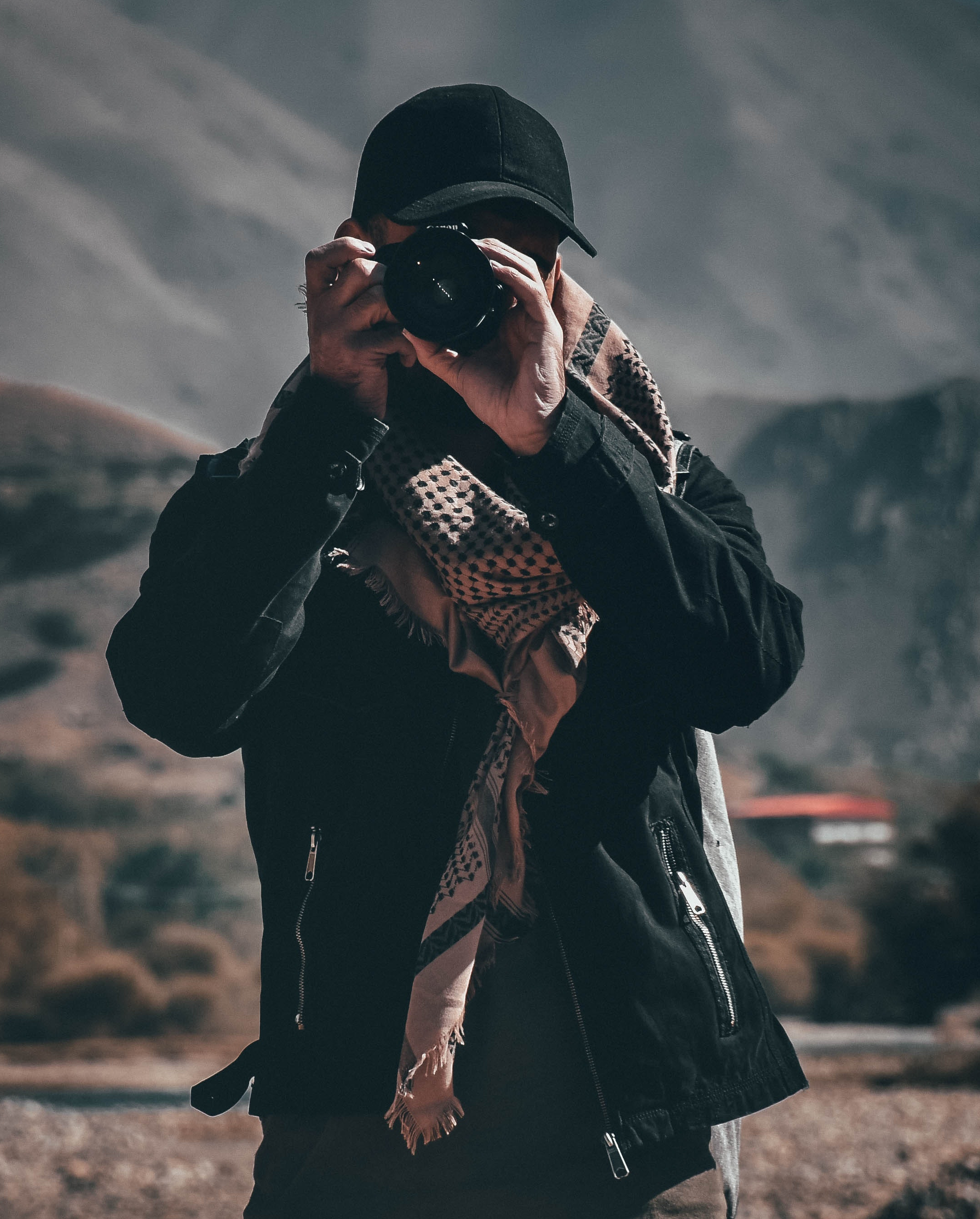 A skills collector by nature, best-selling author AC TURNER has climbed Mount Fuji, panned for gold, swum with sharks and performed random acts of kindness. He has been a glider pilot, a college lecturer and an award-winning film producer/screenwriter.

After his films "Like Father", "Wing Man" and "Lure" received accolades at festivals around the world, AC turned his creative lens to other forms of storytelling including comic books, novels and short stories.